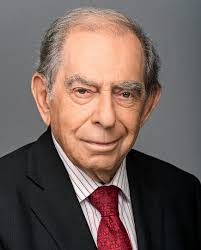 “Gazeta Wyborcza” in cooperation with the Austrian Embassy in Warsaw have the pleasure to invite you to the public discussion:

‚Central Europe (Mitteleuropa)‘ as topos of mental communalities of people of different nationalities, languages, religions and during history also of different political systems had its ups and downs over the last decades. During the period of East-West division, ‚Central Europe‘ was the binding element between the civil societies of the countries of this region. Have the current joint EU membership and shared democratic values of these countries made the concept of ‚Central Europe‘ obsolete or can the traditions and experiences of ‚Central Europe‘ provide valid arguments against the present-day nationalistic and populist tendencies and attempts to categorise everything and everyone as either „good“ or „bad“? Does today’s repeated use of ‚Central Europe‘ referring only to former „socialist“ states of the region do justice to the mental concept of ‚Central Europe‘? Should the ‚Three Seas Initiative‘ encompassing an „enlarged Central Europe“ remain restricted to technical issues like transport and energy infrastructure? Should the Visegrád-4 group together with partners like Austria, Slovenia and Croatia introduce a Central European perspective into the needed reform of the European Union? Which future has ‚Central Europe‘?

Moderation:
Dr. Katarzyna PISARSKA, director of the European Academy of Diplomacy in Warsaw

Polish-English simultaneous translation provided. After the discussion you are invited to a glass of Austrian wine. Please confirm your attendance at: debate210317@gmail.com

This website uses cookies to improve your experience while you navigate through the website. Out of these, the cookies that are categorized as necessary are stored on your browser as they are essential for the working of basic functionalities of the website. We also use third-party cookies that help us analyze and understand how you use this website. These cookies will be stored in your browser only with your consent. You also have the option to opt-out of these cookies. But opting out of some of these cookies may affect your browsing experience.
Necessary immer aktiv
Necessary cookies are absolutely essential for the website to function properly. This category only includes cookies that ensures basic functionalities and security features of the website. These cookies do not store any personal information.
Non-necessary
Any cookies that may not be particularly necessary for the website to function and is used specifically to collect user personal data via analytics, ads, other embedded contents are termed as non-necessary cookies. It is mandatory to procure user consent prior to running these cookies on your website.
SAVE & ACCEPT